Today CentreForum have published the first report of our Commission on children and young people’s mental health. Our new research has revealed the problems young people face when trying to access mental health care. Services turn away, on average, nearly a quarter (23%) of children and teenagers referred to them by their GPs, teachers or others. Our analysis of services’ eligibility criteria shows that this is often because there are high thresholds for access to their services, preventing often the most effective treatment of mental health conditions – early intervention.

Once a referral is accepted, young people often have to wait many months for treatment. Indeed, the average of the longest waiting times was nearly ten months between referral and the start of treatment. There was also significant variation in waiting times between providers. The average waiting time in Gateshead for example is five times as long as for those just down the road in Tyneside. Similarly, waits in North West London vary widely from two months in Kensington and Chelsea, to nearly six months in Brent.

We have also discovered big differences in the amount spent on children’s mental health in different areas and regions. Surprisingly, there is a reverse in the all too common North/South divide – with a higher level of expenditure in the North compared to the South and East of the country. This contrast with the higher demand for mental health services in the South and the East, uncovering a potential capacity problem in the South especially. One example of this can be seen in the South West, where since April 2015 there were over 50 days on which no beds were available in the whole region.

Finally, our report also looks at government policy on children’s mental health, such as the publication of Future in Mind – a transformation plan published in March 2015 along with a pledge of £1.25bn of funding over the next five years. CentreForum’s Commission will be looking carefully at this in future reports, with a thorough review of progress towards making the vision in the Future in Mind a reality.

We are keen to hear from a wide range of organisations and experts as we develop our research further. If you would like to get in touch, please contact me on emily.frith@centreforum.org.

Children and young people must be at the heart of the mission to achieve a revolution in mental health and wellbeing. One in ten children between the ages of 5 and 16 suffer from a diagnosable mental health condition(1). These can escalate into serious problems in later life if left untreated, and we know that three quarters of mental health problems in adult life start by the age of 18(2). So there is an overwhelming moral and pragmatic case for ensuring that young people get the right help, in the right place, at the right time.

END_OF_DOCUMENT_TOKEN_TO_BE_REPLACED 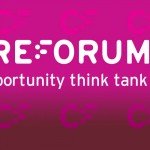 END_OF_DOCUMENT_TOKEN_TO_BE_REPLACED

Today is Time to Talk Day. The aim is to get as many people as possible across England talking about mental health.  Those running the campaign argue that the more we talk about mental health, the less stigma and discrimination surround this issue. More people feel able to open up about their own mental health problems and feel supported by those around them.

END_OF_DOCUMENT_TOKEN_TO_BE_REPLACED 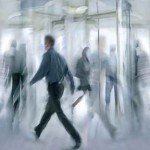 The Increasing Access to Psychological Therapies (IAPT) programme was sold as a cost-effective investment to help people to remain in, or get into work. It would help keep the welfare bill down by reducing reliance on out of work benefits. So is it working? Today’s Annual Report from the Health and Social Care Information Centre presents a mixed picture. Of the 468,881 referrals finishing a course of treatment in 2014/15, 98,313 (21.0%) started ‘unemployed and seeking work; or long term sick or disabled, or in receipt of benefit payments’. Of these, 22.1% (21,775) were ‘employed or not actively seeking work’ by the end of their course of treatment. This sounds positive. Nearly 22,000 referrals now in work or at least not actively needing to look for work. However, this does potentially include people who would be better off in work but are not actively seeking work. END_OF_DOCUMENT_TOKEN_TO_BE_REPLACED

People with mental health problems die twenty years earlier than those without. This is a shocking fact, but one well known within the mental health world. This impact on life expectancy is equivalent to or worse than, heavy smoking. END_OF_DOCUMENT_TOKEN_TO_BE_REPLACED

The King’s Fund report published this morning on cuts to mental health services is shocking.  It has found there is now ‘widespread evidence of poor quality care’ and linked this to the ever increasing financial pressures on services. Only 14% of patients reported receiving appropriate care in a crisis. That means more than 8 out of 10 patients with the most severe problems were not getting the treatment they needed. This is clearly appalling and the King’s Fund research is a very welcome contribution to this policy debate. END_OF_DOCUMENT_TOKEN_TO_BE_REPLACED

One in four people in the UK will experience a mental health problem each year . It is an issue which affects all of us, because everyone knows someone with a mental health problem, whether it is a wife with postnatal depression, or a friend who experiences anxiety attacks. Yet for too long there has been a conspiracy of silence about mental health in this country, with many people afraid to talk about their mental health for fear of experiencing stigma and discrimination. END_OF_DOCUMENT_TOKEN_TO_BE_REPLACED